We've been painting at lunch the past few weeks at work.  Here are a few studies I did. 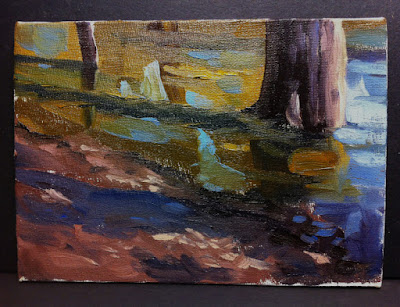 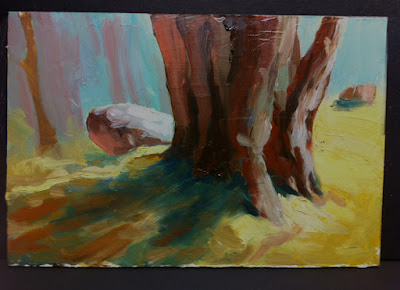 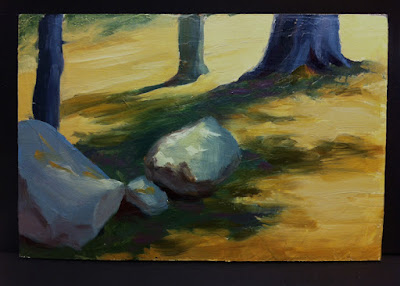 I've also got some new personal work on its way!  You can faintly see some of my sketches in this bottom photo.
Posted by Ty Carter at 11:12 AM 30 comments:

I think one of the hardest parts of DreamGiver was getting this opening scene to work.  I looked at a lot of Remington's work for the night colors and got inspired by a handful of films.  Michael Murdock really made it sing by subtly parallaxing the layers and compositing effects.

A funny little production story:
Sometime around 4:00 AM on a chilly night in December 2010, Michael and I were leaving the animation lab at BYU.  We we're talking about the recent tests done on 1A, the opening scene.  I commented how the camera over the town was working nicely but everything looked too clean.  It  looked artificial;  I suggested adding chimney smoke and fog layers.  Michael didn't mind trying that out but worried adding any more to the scene was render suicide.  Even though his Mac Book Pro was pretty powerful, it had crashed 12 times giving us a low-quality test of 1A.  We needed flat layers or already compressed files which didn't force computation on the render any more than it already required.  Anything else was just not feasible with our deadline and resources.
As we walked outside to the parking lot, both a bit disgruntled by the situation, we gazed up at a giant smoke stack behind the industrial design building.  Out the top billowed a nice moonlit smoke perfectly set against a starless sky.  It was a compositors dream and couldn't get much better than that.  Michael pulled out his Iphone and recorded what we saw.  He placed it directly into the scene with a few transparent fog layers and to our amazement, the scene rendered at high quality in less than 48 hours.
So, the next time your walking around BYU at 4:00 AM in 22 °F weather and see two guys cheering in front of a smoke stack, remember they probably just finished their film. 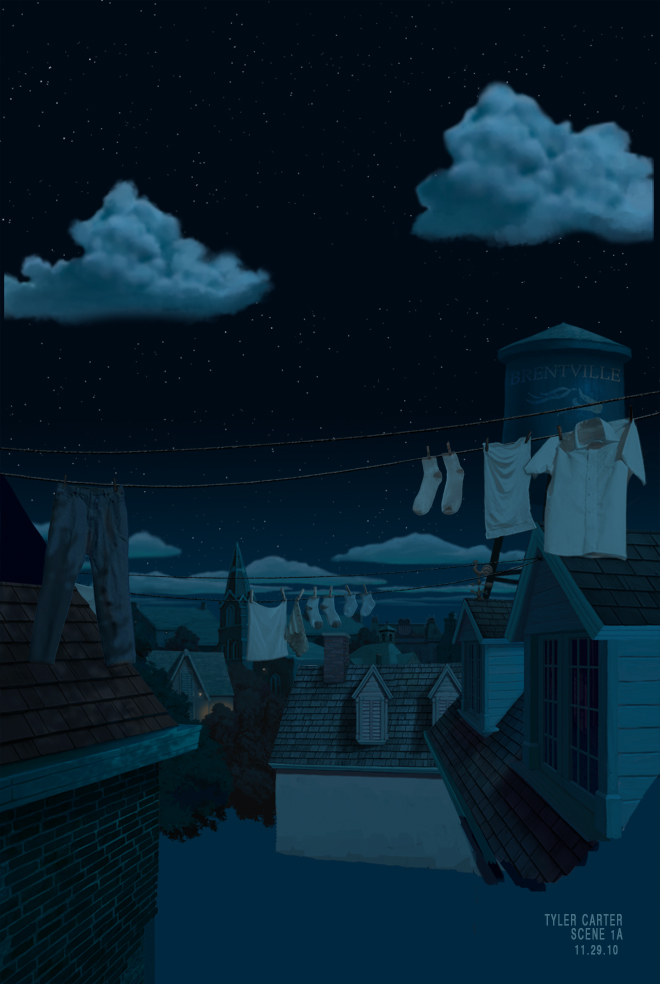 Posts from the DEAD!